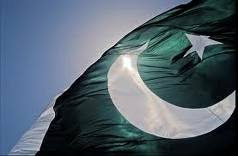 The Pew Global Attitudes Survey Report on attitudes in Pakistan is worth reading. Key points are that the Pakistani public does not like the US very much, has highly conservative traditional Islamic attitudes on a wide variety of issues, is highly concerned about Kashmir and has a fairly high opinion of the LeT.

The fact that concern about the extremist threat has declined compared to last year is not too surprising. After all, last year the headlines were about the Taliban taking over in Swat, which is less than a hundred miles away from Islamabad. This year, the army has retaken the areas of the NWFP near the capital, and the headlines are about other things. So I tend to think of this as just evidence that Pakistanis aren't idiots.

Pakistanis do have some attitudes that Americans can readily understand. They are very worried about the availability of jobs and have a low opinion of President Zardari. The low opinion of the civilian leadership relative to the military (22 percent have a favorable opinion of Zardari as compared to 65% favorable to the army) may be a clue to the reasons behind the decision to reappoint Kayani.

It is particularly worth noting that about two thirds of Pakistanis believe that the US is a military threat to Pakistan. At first, this startled me, but then I realized that most Pakistanis are probably just thinking that since the US has invaded Afghanistan and Iraq, they might also invade Pakistan. They're not looking at force to space ratios, they're just assuming that the Americans are an aggressive foreign power. which has invaded other Muslim countries and is currently using drones to bombard Pakistan.

It will come as no surprise that Pakistanis think the US leans toward India in Indo-Pak disputes. Slightly more surprising is the strong endorsement of China:
About six-in-ten Pakistanis (59%) see the U.S. as an enemy of their country, down slightly from 64% in 2009. Only 11% now consider the U.S. a partner and 16% say it is neither a partner nor an enemy. By comparison, more than eight-in-ten Pakistanis consider China a partner (84%) and say they have a favorable opinion of the Asian superpower (85%).

India continues to outrank the Taliban as a threat to Pakistan, according to the Pakistanis surveyed:

When asked to name the greatest threat to Pakistan – among India, the Taliban and al Qaeda – Pakistanis are most likely to rate India as the greatest threat to their country (53%). Fewer than one-quarter (23%) say the same about the Taliban and hardly any respondents (3%) think that al Qaeda poses the biggest threat.
Respondents in Punjab are more likely than any other region polled (68%) to consider India the greatest threat. Threat perception is also high (71%) among supporters of the Pakistan Muslim League-Nawaz (PML-N), a party that has its strongest base in Punjab.

President Zardari now has poll ratings comparable to those President Bush had during his last year in office.

This poll suggests that American officials may be being realistic in tilting toward Kayani as opposed to Zardari. It also suggests that the Chinese are viewed far more favorably than the US is. This is probably realistic, because China is a reliable ally against India, has made some contributions to Pakistan's development, and is not currently bombing Pakistan.

On balance there is nothing really new or shocking about the poll, and in a lot of ways it resembles the same poll last year. That said, it is a useful summary of the reasons the US faces an uphill battle in Pakistan.
Posted by Indian Love.... at 11:06 AM No comments: