Goal
To Overthrow the Govt. of India, and claim to be fighting for the rights of the tribes in the forest belt around central India.

Region Affected
Almost 220 districts of india, Currently it has presence in remote regions of Jharkhand and Andhra Pradesh as well as presence in Bihar and the tribal-dominated areas in the borderlands of Chhattisgarh, Maharashtra, West Bengal and Orissa, generally called as RED CORRIDOR.

Strategy
Retains the tactics of its predecessor Communist Party of India (Marxist-Leninist) People's War of rejecting parliamentary democracy and capturing political power through protracted armed struggle based on guerrilla warfare. This strategy entails building up of bases in rural and remote areas and transforming them first into guerrilla zones and then as "liberated zones", besides the area-wise seizure and encircling cities.

Violence Statistics
May 17, 2010 : 35 killed after Maoist rebels blow up bus in India.
April 6, 2010 : At least 73 CRPF and district force personnel were killed, when a large group of Naxals ambushed them in the Mukrana forests of Chhattisgarh's Dantewada District.
February 20, 2010 : Maoists killed a village guard by slitting his throat.
February 18, 2010 : Twelve villagers were killed and 9 injured in indiscriminate firing by the Maoists in Jamui district of Bihar. The dead included three women and one child. Twenty five village houses were also burned down by the Maoists.
February 16, 2010 : Silda camp attack.
October 8, 2009 : About 150 Maoist ambushed a Police patrol and killed 17 Policemen in Gadchiroli, Maharashtra.
October 6, 2009 : Police inspector Francis Induwar was beheaded by Maoists in Jharkhand, The action has been compared to the tactics of the Islamist of Afghanistan.
April 13, 2009 : 10 paramilitary troops are killed in eastern Orissa.

Do you know, what is the daunting question? - sustaining such type of vast operations require hefty bank balance, Making a profit is actually very important for the revolution, since profits can be spent on weapons, support for full-time cadre and fighters. expansion, etc. If a recent Indian government report can be believed, the Naxalites are a highly profitable outfit. In Red Kitty and Beyond and Remember Jenkin`s Ear, a couple of analysts discuss this issue in detail.

A key point is that the problem of corruption in India benefits the Naxalites
If this much is well-known, what is only beginning to emerge is the extent to which the civil administration in states like Bihar and Jharkhand is also part of a web of corruption that feeds the conflict.

Questioned during a 2009 field visit, a senior Jharkhand police official observed that Block Development Officers often pay bribes to be posted to Naxal-affected districts. “There is ample money and no accountability,” noted the senior official, his point being quite clear: Illegal mining activity in Jharkhand feeds the Naxalites, bureaucrats and politicians equally.

Little effort has been made to study this aspect of a burgeoning war economy. Instead, the debate is dominated by the government’s emphasis on the regime of loot and extortion put in place by the Red Army. Yet a symbiotic relationship is at hand. For instance, contractors laying roads in the remote areas are willing to conceal explosives under the road surface on behalf of the Naxalites, because explosions targeting culverts and small bridges permanently erase evidence of poor-quality work.

As a necessary first step in dealing with the challenge, the Seventh Report of the Second Administrative Reforms Commission recommended in February 2008 that a special anti-extortion and anti-money laundering cell be set up by state police/state governments.

The state governments have been asked by New Delhi to prepare action plans to monitor and curb illegal mining. The use of satellite imagery and other intelligence inputs has been advised by the central government in the preparation and implementation of such action plans. Further, a Coordination-cum-Empowered Committee has been set up by the central government to ensure elimination of delays in grants of mineral concessions to reduce the scope for illegal mining.

The idea of corrupt contractors building substandard small bridges and helping the Naxalites blow up the bridges to cover their tracks is amusing. Especially when one considers that this creates a continuing demand for new bridges. A bribe paid to an official to get the contract for the new bridge, build a new bridge with explosives planted ahead of time, pay off the Naxalites ... this could be a continuing highly profitable enterprise.

Perhaps twenty years from now we will see a movie, made by the next Mani Ratnam, about how the next Dhirubhai Ambani made it big in the construction industry by paying off both sides The key point here is that the Naxalite movement, considered purtely as a racket, seems to be very successful. This success is going to make it very hard to eliminate. 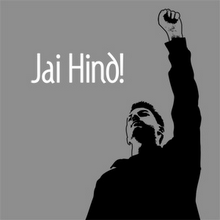