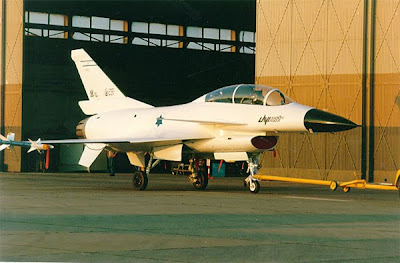 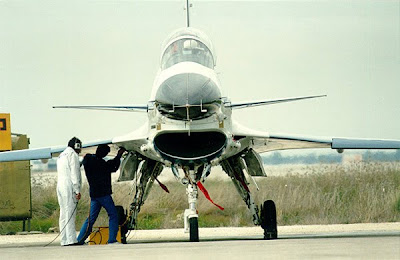 IAI- LAVI
The IAI Lavi (which means "Lion Club" in Herbrew) was a combat aircraft developed in Israel in the 1980s. The Lavi was intended to become the IAF's standard-bearer and Israel's first line plane. It was to be one of the world's most advanced planes at the turn of the millennium.
The Lavi was a small, smart, highly robust fighter, that was to be the IAF's solution for the future battlefield. Its uniqueness lay in the combination of a physically small plane with very sophisticated, software-rich systems. This meant lower purchase, usage and maintenance costs, compared to other planes. Technically, the Lavi was a very advanced plane, with a modern aerodynamic shape that gave it excellent maneuverability, low armed drag, and the ability to carry a large payload at high speed to long distances. The Lavi could carry and deploy the most advanced weapons systems in existence. more to read...
It was a multi-billion dollar fighter aircraft project that was disbanded when the Israeli government concluded it could not finance production on its own, could not achieve a consensus on the Lavi's cost-effectiveness and received political pressure from the US government to cancel it, ofcourse americans are funding their (israel) flying birds and thus they did not want it to compete with American exports, Only three prototypes of Lavi are produced. more to read from wiki...
Now Israel is pleading for a chance to be allowed to acquire the F-35 aircraft, at subsidise price. Israel is told that the F-35 must be taken as is - no changes or modifications to suit Israel's specific needs (earlier uncle sam agreed to include israeli avionics to cut the production price), and absolutely no Israeli systems included. Take it or leave it, now they (Israel) are staring at a hefty $3 billion price tag for 20 F-35s, But it's not only the astronomical price but it`s about there dependency on foreign soil for future needs.
There was a time when aircraft manufacturers from west (especially USA) were lobbying there fighter aircrafts (F-15, F-16 etc.) against "IAI-Lavi Fighter" by giving lucrative offers (like Israeli terrain specific operational packages and moreover fitting these aircrafts with local indegnised stuffs), but the million dollar question is, suddenly "Why the ball has turned to others basket???, What went Wrong..??"
Definitely, that absurd question is important for Israel, but action on it`s remedy can prove to be a show stopper for India also, Just imagine where would Israel be today if they continued to develop platform (IAI-Lavi) by smashing all the nonsense about indigenisation? World Knows their capabilities and success saga in various home-grown efforts like unmanned-aerial-vehicle (UAV) and Avionics. The people who at the time foolishly led the crusade against the Lavi? Surprisingly, 23 years later, some are still involved in decision-making in Israel's national security. They were against the development of the Lavi, against the development of an Israeli reconnaissance satellite, and against the development of the Arrow ballistic missile interceptor. But unfazed, they continue on. 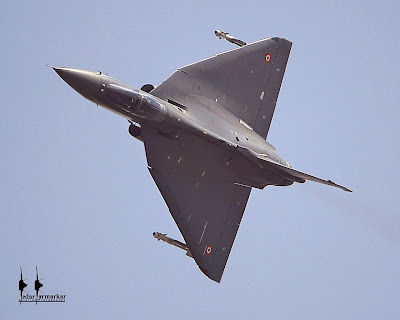 Since the policy makers of Israel are reluctant to change their mindsets after learning from their past inquities, but The moral of the story can be a Lesson for India- It`s good to work hand-in-hand with strong allies of west in defence sector (necessay procurements for urgent gap-filling like towed artillery guns, aerostat radars etc.), but policy makers and babus should not neglect local home grown efforts (LCA-Tejas, Arjun MBT etc). They should design their policies after keeping the word "INDEGINISATION" in their mind...at the same time they can work with other counterparts in other sectors like energy, nuclear, trade or it can be a "Fight against Terrorism".
Posted by Indian Love.... at 3:33 PM